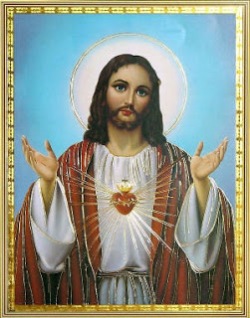 A new column from The Christ on life, the afterlife, and politics.

I may be the Messiah, but nobody’s perfect. Like most of you mere foolish mortals, I also get pissed off when someone steals my limelight.

That’s why I’m struggling to feel any sympathy for the plight of embattled Auckland mayor Len Brown. He’s been pretending to be me for far too long.

I was delighted to hear broadcaster Murray Deaker attack Sonny Bill Williams on the radio over the sportsman’s conversion to Islam.

I felt a sense of betrayal when SBW crossed over to Islam, after all those negotiations with his management team to win him over to our code.

Mohammad is probably thinking he has SBW’s soul locked away for good. But my old prophet friend may be in for a little surprise when he finds out whose place of worship the sportsman will be attending next season.

The deal’s not yet done, but I’m confident we’ll get SBW’s commitment once he sees the latest offer we’re putting together. We’ll even allow him time off for at least three holy wars per season.

I spent all yesterday playing golf with my buddies St Peter and St Paul. These golf days usually turn into long drawn-out affairs, because we all want to be a winner. But when everyone’s sinking a hole-in-one every single time it can be difficult to sort out the victor.

In the end we all agreed that I was the winner, after I offered to cast the pair down into Hell for eternity.

They were wise to decline my offer, although some people have funny notions about what the underworld is really like. Don’t get me wrong: it’s a horrid place, but not for the reasons most people think.

I do tend to spend a bit of time down below, usually for administration purposes, like to oversee the new computer link we’re installing between Heaven and Hell. But I don’t usually go out “back of shop”, to where the poor hopeless sinners are being subjected to unspeakable torments. I prefer the comforts of Hell Head Office, with its air-conditioning, cafeteria and reclinable office chairs.

Even if I haven’t seen for myself what goes on out back, I have a fairly good idea what I’m missing. I was talking the other day to someone who found himself in Hell after an administrative stuff-up, and he described it for me. This guy was down there for several decades, until someone noticed during a routine audit that there were two Hitlers. So Helmut Hitler ended up down below despite a life of good works and helping the poor, while his distant cousin Adolf got to strut around Heaven like he owned the place, making lots of noise and generally pissing people off. Heaven’s kind of like Tauranga: full of people who just want to enjoy the sunshine and live a quiet life. They didn’t take kindly to A. Hitler’s noisy political rallies. It took a while to fix the stuff-up, though the bad Hitler’s now appealing our deportation decision in the hope of dragging the whole process out for so long that we just give in and let him be an angel. The bastard knows how to work the system.

Helmut told me the worst part about Hell wasn’t being slowly roasted over a fire like a rotisserie chicken, or being immersed into a pool of hot lava, or even being thrown into a river filled with piranhas. The worst part was apparently the boredom. When Lucifer isn’t flaying your skin or boiling you alive he’s got you strapped into a hard chair and forced to endure a literally never-ending PowerPoint presentation entitled Structuring Business Best Practice: Methodologies, Outcomes and Performance Matrices. Once you have experienced a certain level of exposure to pie-charts and stock photos of people in business suits shaking hands or staring at laptops, you actually begin to look forward to being dropped into the centre of a raging volcano.

Last month was Lucifer’s birthday, so I gave him Hayley Westenra’s latest CD. He was delighted with my gift and said he planned to play it to his subjects on endless loop.

“Wait a minute,” I told him. “You can’t play a music recording in public unless you get a licence and pay royalties to the collection agencies.”

I may be omnipotent and immortal, but not even I would be crazy enough to take on the music recording industry in a fight.

“Don’t worry,” he replied. “All music industry executives end up in Hell. There’s no way they’ll dare piss their future master off.

“Besides, do you know how many lawyers I have down here?”

I’m writing a book. I should have done it years ago, but there was always something else to do, and I’ve never been good at managing my time. It takes hours and hours every day just to sort through my in-box, even though most of the prayers I receive are entirely predictable. Please send me the latest barbie doll. Please don’t take Grandma from us. Please send the police and FBI to rescue me from the cellar that this strange cross-dressing dwarf I met on the internet has locked me in. Etcetera etcetera.

I’ve been experimenting with a few prayer filters, in an effort to filter out all the dross and get things to a manageable level. But it’s been hit and miss, and a lot of important prayers haven’t come my way. For example, I didn’t receive any All Blacks supporters’ prayers for over 20 years, until I adjusted my filter settings in October. And for some reason nothing from Christchurch has been getting through. I did answer a prayer from Barack Obama, however. I was happy to provide him with Mitt Romney, Newt Gingrich and Rick Santorum, even if (like the mayor of Auckland) Obama has tried to impersonate me far too often. I figured that the people of America deserve a genuine choice between a weak do-nothing incumbent president and a complete lunatic. You’re welcome, America!

So anyway, the book. It’s a sequel. My first book was a roaring success, but I never liked the ending. It seemed so final and after I wrote the book I realised I’d screwed myself out of writing a whole series and milking it for all I could.

Then I thought well the ending didn’t actually happen. It was just a prophecy! We all know how unreliable prophecies and predictions can be. So my new book starts with John coming down from his acid high and realising that whole revelation was just the result of some crazy shit his mates gave him. He recovers just in time to catch the special train to his school for wizards, and then after various adventures following clues left by a secret society about a series of murders in the Vatican, he gathers a fellowship of adventurers to destroy a magical ring.

I won’t tell you how it ends, but I can promise you it will contain just as much sex and violence as my last novel.