Everyone’s favourite libertarian authoritarian returns with a hard-hitting column, and reminds readers that it’s only a Godwin if the person’s not actually a Hitler in disguise. 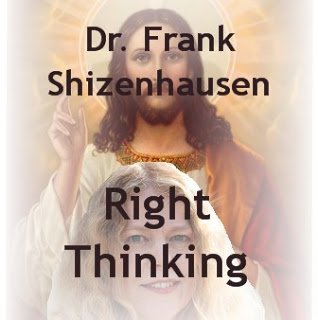 Watching the national conventions of the two main American political parties these last two weeks has been a chilling reminder to me of the peril the world stands in.

America is confronted with a stark choice: do they support the man who loves his country and was born in his country, or do they re-elect the crazed foreign-born dictatorial lunatic?

Anyone who reads my columns knows that I eschew extremist language of any sort, because it’s not conducive to good debate. But anyone who thinks Barack “Hitler” Obama isn’t the greatest threat to the security and peace of all citizens of this world is deluding themselves.

But why should we care down here in New Zealand who the Americans elect as their leader? Well, let’s remember that the US is the most powerful nation in the world, and is a powerful bulwark against the twin evils of Islamofascism and socialism.

So a President who epitomises these twin evils is a grave threat to the security of the world.

Things are bad enough for New Zealand as it is, and we are already facing a crisis, without the threat of an Obama-Hitler with his finger on the nuclear trigger for another four years. Many people are leaving our shores to seek a better life overseas, due to the dwindling economic opportunities here. This can all be put down to our bloated public sector and a central government drunk with power.

I am aware that some Marxists (they have infested our universities, schools, government departments, and kindergartens) have tried to argue that New Zealand’s public spending is modest compared with other countries, but I am always suspicious of evidence that comes from people I don’t agree with. I’m not interested in any of their official statistics or OECD tables, because the OECD is a notorious hotbed of radical communists and terrorist-enablers. Just remember that when they try to paint people like me as lunatics rather than prophets.

Where once we had freedom, now we are slaves. No longer can we rely on our politicians to preserve our property from the tyranny of taxation. The monstrous tumour that is the public health system is slowly eating away at the wealth of our nation, and what little is left will be mopped up by the moochers and Grievers on welfare.

Even our courts have become enslaved to these tyrants. Our judicial system is hopelessly compromised, and is now being actively deployed as a tool of oppression. How else can one explain the spate of prison sentences imposed against decent hard-working finance-company directors? These were people trying to create wealth. If anyone ought to be jailed, it should be those parasites on welfare sucking the lifeblood from our economy.

America at least has a choice: elect a freedom-loving patriot, or grant the despot another four years of unbridled power. I have confidence that they will do the right thing, and that the Kenyan will be thrown from office. We can only hope a trial for crimes against humanity follows, so that history can properly record the notorious and savagely evil reign of Barack “Hitler” Obama.

If you are still unconvinced of the danger posed by Obama, then perhaps this plea from one of my heroes, Chuck Norris, will convince you.