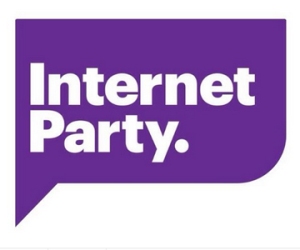 Thanks for the call last night. We were certainly caught by surprise when we discovered you owned a signed copy of Hitler’s book Mein Kampf. The PR strategy we devised for the Internet Party hadn’t factored in that possibility, so we now need to urgently reassess things.

With the benefit of hindsight, it would have been helpful if you’d let us know you were a collector of infamous items from one of history’s most awful regimes. It was less than ideal to learn this only because someone in our team happened to be watching TV3 last night. Is there anything else we need to know about? Have you collected anything else we should be aware of? For example, a Khmer Rouge victim skull-hill, or a wardrobe of Ku Klux Klan garments? Just send us a list of anything you think might be problematic.

But of course we can’t change what’s already happened. All we can do is put our best foot forward. I assembled the team this morning, and we spent a couple of hours whiteboarding various options. We are still putting together a detailed proposal for how to realign the party’s PR strategy to address this small bump in the road, but I thought I’d give you a brief heads-up on what we’re thinking.

Kim, I’m really excited by this latest development. My first reaction on learning that you owned a book autographed by history’s most infamous mass-murderer was one of horror. And a German of all people!

But many a crisis has been turned into an opportunity, and I’m now feeling better about things. We have some great ideas to turn this story around.

They may not be everyone’s cup of tea, but the fact of the matter is that crazed racist hate-filled right-wingers do exist. Young skinheads who fantasise about bashing heads, gassing Jews, and murdering black people happen to have very limited political choices at the moment. We may rightly despise such cretins, but those cretins could deliver your party critical votes. Your ownership of Mein Kampf is an important first step in securing their votes, but you will need to do much more.

This approach is not without some risks, and you will need to manoeuvre carefully, finding policies that appeal to Nazis while not alienating your supporters on the left. What you must not do is jeopardise negotiations with the Mana Party. But would Hone Harawira really be concerned about a policy that called for the annexation of Poland and the Sudetenland? Why would he care what happened to distant lands filled with what he would probably describe as “white mother**kers”?

I have also commissioned a graphic artist to make some subtle changes to the party’s logo. It’s mainly just a few tweaks around the edges (changing the colours to red, black and white, and adding a large cross with its arms bent at 90 degree angles). I’ll send the files to you shortly. Just let me know what you think.

If soliciting the votes of hate-filled Nazis isn’t quite your thing, then another possibility is to claim that you read widely in order to better understand the different political ideologies of your opponents. What better way to understand the monstrous twisted mind of a dictator than to read his own words?

This suggestion is not without its problems. For starters, have you actually read the book? Have you read any political manifestos? Das Kapital? Atlas Shrugged?

Also, this doesn’t really explain why you spent thousands of dollars acquiring a signed copy of the book, when I understand that a basic paperback version of the book can be purchased for less than thirty dollars at some bookstores.

The “know thy enemy” argument needs to be deployed skilfully, and I would advise caution in this regard. The enemy here is not the Jewish race. Let’s make that quite clear in our branding and marketing.  I think it would be a good idea if we included something like “the Internet Party welcomes all people, even Jews,” on the party’s membership forms. And why don’t we do something about the Holocaust, to show that we remember all those who died? Holocaust Remembrance Day is almost upon us, so why don’t we mark the event with a huge dance party?

No, scrap that last idea. Perhaps a dance party would be seen as disrespectful.

And it’s going to be absolutely critical that we keep on-message. I understand your antipathy towards John Key, but you need to ensure nobody in your team refers to the Prime Minister as “that Jew.”

“I made a silly mistake”

There’s always the mea culpa option. Throw yourself on the mercy of the general public. Admit you made a mistake. Sell the book and donate the money to charity.

Or maybe burn the book in public. No, on second thoughts, let’s not do any book-burning.

“This is all a misunderstanding”

If you just can’t face grovelling and begging for forgiveness, another option is to just claim there’s been a misunderstanding.

“Hitler? Did I say Hitler? I didn’t mean Adolf Hitler. No, I meant Mervin Hitler, Adolf’s third cousin on his father’s side, and a writer of romantic novels set mostly in the mountainous regions of southern Austria. Yes, I own a book signed by Mervin Hitler. Why shouldn’t I?”

Just so we can all be pre-prepared in the event of further trouble, could you just let us know if there is anything else we need to know. Does anyone have any embarrassing photos of you wearing an SS uniform? Do you have a bunker in which you have a lot of Nazi flags?

You also told the 3 News reporter that you have memorabilia from other world leaders, including Stalin and Churchill. Could you just clarify for us that the Stalin memorabilia isn’t a pen he used to sign death warrants? Or a shrunken head?

Kim, I know we can get through this. The legacy of the Nazis is so horrendous that trading in Nazi memorabilia is a criminal offence in a number of countries, including your home country Germany. But I’m confident that you can come out of this with your head held high. People won’t see you as a Nazi-lover. They’ll just think you have extremely poor judgement.