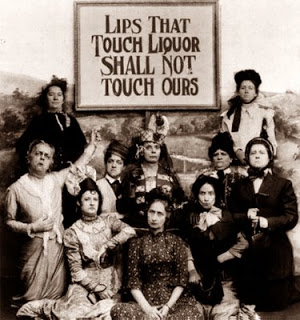 The Law Commission issued a report on Tuesday on alcohol and the supply of liquor.

The report recommends the tightening of laws concerning the promotion and sale of liquor.

Law Commission head Sir Geoffrey Palmer spoke about a harrowing night he spent with the Wellington constabulary, as police dealt with the mess left by excessive alcohol consumption.

“This was a most sobering and unsettling experience. A good number of young gentlemen appeared to be suffering ill effects from excessive intoxication. The effects of the demon liquor were also most pronounced in the womenfolk. Hard liquor is the enemy of womanly chastity and modesty.

“And in the working classes the effects of drinking gin, ale, porter or ardent spirits are especially disconcerting.”

“It is my considered opinion, having witnessed this display of degeneracy and depravity, that all liquor ought to be prohibited forthwith, save of course for medicinal brandy.”

Reverend Pius Imperatrice, from The Band of Hope Union, yesterday expressed delight at the proposed changes to liquor law.

“Ring the church bells, for the enemy is slain, and righteousness must prevail!” said the Reverend.

“Now let us spread the word and take the Lord’s message of moderation and abstinence to the world.”

Demand for liquor has always been high among the colonists, but levels of consumption peaked some thirty years ago and have been largely declining since. However, the Premier, Mr Key, has indicated his Government will introduce legislation to curb the evils of excessive inebriation.

“We are a Christian society”, said Mr Key. “and some of the behaviour we have seen is unseemly and inappropriate. I will not tolerate the immodest spectacle of young gentlemen causing mischief on the streets and in the saloons, frightening the ladies and startling horses.

“Hard liquor has a place. It belongs in the Cabinet room and anywhere else that my government makes policy on the hoof. Let us keep it where it belongs.”