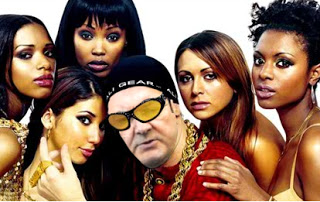 Associate Health Minister Peter Dunne, AKA MC Pete Dogg, has announced a crackdown on “cannabinoid” substances, such as the synthetic cannabis product Kronic.

The announcement came at the end of a gruelling tour for MC Pete Dogg and his backing group The Dead Possum Posse.

Mr Dunne explained why he had taken the decision to impose restrictions on the product.

“I’m a respectable gangsta and this is ma hood, bruva. Where they respect? I done with they dissin me”, said the Associate Health Minister.

Mr Dunne explained that the overall effects of the substance Kronic were not known, and that restrictions on its sale should be imposed.

“When I is chillin in my hood with my homies and the sounds is flowin, I don’t want no brother hustlin me with this shit. Give me some of that real hydro, not some lowdown dirty stunt-dummy wannabe ganja, man,” Mr Dunne said.

Responses to the Government’s announcement have been mixed. The Opposition said they were still studying the announcement and would not comment in the meantime.

But the Law Commission, which undertook a detailed study of drug laws, congratulated Mr Dunne.