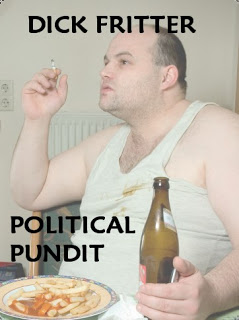 I’m all about the love, is me. I don’t mean the sort I have to pay for, though at least that way I get to choose what I want and how I want it done, and get to skip that tedious period before the action starts trying to warm her engine, so to speak.

No, the kind of love I’m talking about is the love I bear for this government. They’re magnificent. There’s not a principle they won’t compromise on.

I’ve worked with a lot of politicians in my time all around the world, and the ones I always found hardest to handle were the ones with moral qualms. Whether it is the soft European liberal who won’t use compromising photos to blackmail his political opponents, or the lily-livered African general who refuses to machine-gun the children of his enemies, I’ve had to deal with my share of people who just won’t listen to sound advice.

John Key’s government, however, continues to display all the signs of an administration without any strong guiding principles, beyond clinging to power for as long as possible. It has no plan for the economy, and it cynically picks on the most vulnerable members of the society every time it is in need of a ratings boost.

These are my kind of people.

It’s a shame that the ever-pervasive cult of political correctness so poisons our society and prevents governments from dealing to their enemies more efficiently. That’s why we must always be on the lookout for smart tactics that disarm our opponents. As the recent assaults on beneficiaries show, there is much profit in the diversionary attack.

Because I love these people so much, I want to help them. The last thing we need is for that do-gooder Shearer to get anywhere near the halls of power, so I’ve set out below a few diversionary tactics to take the minds of the public away from National’s poor performance.

History shows us that nobody likes a witch.

But changing the law to allow the burning of witches would be complicated and would probably lead to international condemnation. Moreover, as appealing as the thought of all that sizzling flesh might be for most right-thinking people, the reality would probably cause shock and revulsion.

That’s why National would never actually do it. My plan instead is that when the next crisis hits the government the Justice Minister will go on air and tell a radio talkshow host: “I’m not saying I’m personally in favour of burning witches, but it’s one of many suggestions that have been raised, and we should at least have a debate about it.”

The All Blacks captain is as beloved by all as he is down to earth. National must ruthlessly exploit this public adulation, but in a way that does not come across as cynical. The photo-ops will only get John Key so far, and we must also face the troubling prospect of Richie McCaw not wanting to be a puppet in some larger political game. We need to trade on McCaw’s integrity, which will be difficult because McCaw has integrity.

The answer is to clone the rugby legend using the best plastic surgery money can buy. We’ll find a nondescript rugby player who has roughly the same build as McCaw, who dreams of the big-time, and who needs the cash, and we’ll mould him into our new McCaw superhero. The other McCaw, the real McCaw, will… how do I say it? I don’t want to put in writing what we’ll do for legal reasons in case our plan doesn’t work out, but let’s just assume he goes on a very very long holiday.

The new McCaw will play a few rubbish games of rugby before retiring with a knee injury (we’ll have to make the injury look convincing, but I have an Irish friend who can help here), and all the while he will be praising the Key government and its sensible plans for the country. If he’s not entirely stupid we might even make an MP of him.

These squabbles over classroom sizes will seem petty once the public realise we’re facing an imminent invasion from outer space. If we can make the public believe that pursuing policies that drive people away to Australia in their thousands is a good idea, then we can make them believe anything.

In the meantime, while we’re building all the props we’ll need for our show and recruiting all the particularly ugly actors we’ll require to play the bad space guys, let’s see John Key start to look more authoritative. A uniform perhaps? In times of crisis people yearn for strong government, so when they become convinced the Mars men are going to come for them they will turn to their strongman PM.

When the whole things is finally revealed as a hoax we’ll make sure Labour take the blame. Four years after taking office National are still blaming Labour for everything that goes wrong, so the public shouldn’t have any difficulty with this.