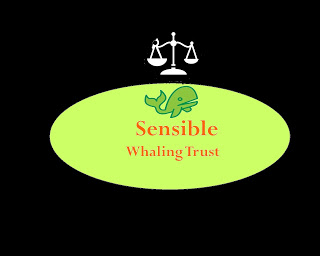 “The actions of the eco-terrorist Pete Bethune ought to shock any right-thinking person,” said spokesman Ahab McReverend.

“The video of Bethune’s actions aboard the Japanese whaling vessel Shonan Maru II is shocking to watch. The video shows Mr Bethune mounting the Japanese ship and knocking on a cabin door.

“Not merely content with using his small composite-material vessel to deliberately ram the much larger Japanese ship, no doubt in the hope that a small piece of the wreckage of his precious vessel might cause a momentary mosquito-like irritation to the captain of the steel-hulled Shonan Maru II, this depraved whale-loving monster then proceeds to knock on a cabin door.”

Mr McReverend said that the behaviour of Bethune was typical of the sort of behaviour today’s liberal society had instilled in people.

“Back when I was growing up nobody would think of behaving like this. People showed respect towards doors, entranceways and other means of ingress and egress. When do-gooders like these whale-lovers go about banging on doors they are in fact banging down the doors of morality and decency.”

The Sensible Whaling Trust has asked the Government to consider including door-knocking as a strike offence under the new three-strikes legislation before Parliament.