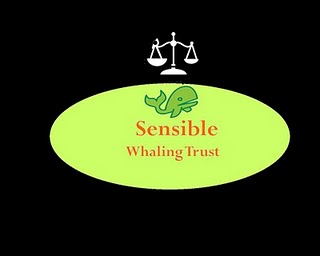 The Sensible Whaling Trust is appalled by the latest killer whale gang murder.

The New Zealand Herald this morning reported that a female killer whale hunted down a pseudo orca and ruthlessly murdered it in front of a group of shocked tourists.

“This is exactly the kind of thing we’ve been trying to stop,” said the group’s spokesman, Ahab McReverend.

“These offending whales get high on fish and then go on a spree of violence, not giving a damn about the harm they cause. They end up fighting among themselves, and society is left to pick up the pieces.”

Mr McReverend said that authorities wanted to clamp down on whales, but were constrained by the law and the culture of tolerating whale gangs.

“I know for a fact that a number of ministers in this government would like nothing more than to see these vile aquatic monsters purged from the sea. But their hands are tied by idiotic treaties, and by the incessant whining of the liberal news media about the rights of gangs.

“At least in this case the victim was a member of another whale gang. But next time we might not be so lucky. Our children will not be safe until the cetacean menace is wiped out completely.”