Yet more advice for David Shearer
There are more changes in David Shearer’s leadership team, after chief of staff Alastair Cameron resigned. Cameron held the role for about a year, and it is unclear why he departed. But Shearer is understood to be after someone who is a good political operator, rather than a mere administrator.

Shearer has appointed Fran Mold to replace Cameron, but until Labour experiences a lift in the polls questions will remain about whether Shearer has the right people around him.

So who are some potential alternatives for this critical role?

A shrewd and cunning operator who understands how to manipulate people and situations to get the best result. Just the sort of person Shearer needs by his side.

A foul-mouthed, whoremongering drunk. Despised by the public, and perpetrator of unspeakable crimes (unspeakable, as I dare not provide GoT spoilers). Mostly minor stuff, admittedly.

Beautiful. Not afraid of hard work. Has the backing of a powerful magical figure, and is a friend to all the animals.

May be useful if David Shearer’s floors or clothes need cleaning, but it’s not clear what other skills she would bring to the job.

A crusader against evil.

His passion for justice might help David Shearer to raise awareness of issues affecting the disadvantaged, such as women, and minority groups who feel as if the system victimises them.

Has a brutal and violent approach towards dispute resolution. This may not go down well with some members of Labour’s caucus.

A loyal, brave and dedicated Number One, who will always do his best for his commander. Has experience in facing and defeating the Borg, an enemy every bit as relentless and terrifying as the National Party.

Has been made to look good in the past thanks to an excellent crew. How will he cope under an uncertain leader?

And then there’s the beard.

Iago is a very clever man. If his talents could be properly harnessed, he would be a powerful force within Labour’s team.

An evil, manipulative, dishonest, untrustworthy, disloyal villain who deserves to be killed.

Smart, sassy, and will beat the crap out of anyone who gets in her way. May force Labour’s leader to lift his game, on threat of being pummelled.

Often finds herself being tempted to return to her past evil ways.

The role can be a challenging and stressful one. She may not be able to prevent herself from beating the crap out of her own boss. 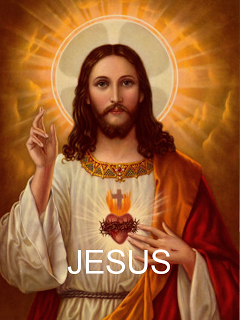 Healed the sick, turned water into wine, and raised the dead. Labour needs a miracle worker, and who better than The Christ? The Labour Party could do with a bit of that Jesus magic.

Died 2000 years ago. May not have ever lived. Powers may have been exaggerated. Soft on crime.

A do-gooder who was disposed of easily by an efficient and ruthless enemy. Sound familiar?

6 thoughts on “A new chief of staff”