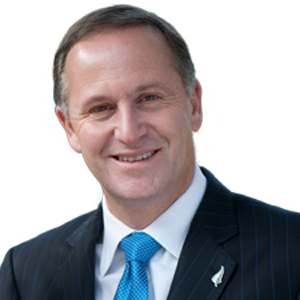 Ladies and gentlemen, it’s great to be here. Lunch was excellent, especially the eggs, and my steak was perfect.

As many of you know, there’s been a lot of talk around the traps about whether I’m some kind of alien lizard.

That isn’t what I’d planned to talk about when I accepted the invitation to attend this luncheon event. I would have preferred to talk today about the progress we’re making towards building a brighter future for all New Zealanders. But it’s difficult to talk about the good things we’re doing while these bizarre rumours continue to dog me. So let’s talk about these rumours. Let’s deal with them once and for all.

I thought it was a great joke when my office received an OIA request seeking any information on whether I was a shapeshifting reptilian alien ushering humanity towards enslavement. But I’m not laughing any more. It’s time to stop all the joking around. It’s not funny when people come up to you asking the same question again and again. The story’s even reached the overseas news media, and my office is getting calls from Australian radio station jocks asking to talk to the lizard king. The whole thing is getting out of hand.

So I’m going to ask the people of New Zealand if they wouldn’t mind just dropping this topic altogether. Please, I’ve had enough of the whole thing.

Why can’t we talk about some of the more important things going on in New Zealand? Why aren’t we all talking about how tricky David Cunliffe is? If there’s anyone who ought to be investigated for reptilianism, it’s Tricky Cunliffe. Although they probably don’t need to bother, just quietly. I know for a fact that David Cunliffe isn’t one of us… I mean them. One of them. He is one of us, of course. A human, that is. I’m certainly a human. This is human skin. I know it for a fact, because I ripped it off the owner before I devoured his internal organs and sucked the marrow from his bones.

Oh… sorry about that. One of my staffers must have put that line into my speech by mistake.

So let’s forget all this nonsense and focus on the things that matter, and ph’nglui mglw’nafh Cthulhu R’lyeh wgah’nagl fhtagn—

Ahem. That was just a cough. Something was trapped in my throat. Probably just one of your human offspring. I mean human hair. A hair in my throat. That’s all it was. Not the hair of a small delectable child.

As I was saying, it’s time we refocused our attentions on the things that matter to ordinary people, like jobs, the economy, and the enslavement of the human race. Sorry, I mean education. Education of the human race. I mean in New Zealand. Specifically the education system within New Zealand, and nothing at all to do with the enslavement of you puny worthless mammals. Um… I mean you good people.

This silly talk of reptilian conspiracies is hurting my family, and it has to stop. I don’t mind being the butt of the occasional joke, because to be a successful politician you have to have a thick skin, although it’s not quite as durable as the skin I normally wear when I’m conducting secret ceremonies with my brothers in our vast subterranean chamber beneath Mt Rangitoto.

Oh, I definitely shouldn’t have said that. I meant to say that when I go on a daytrip to Rangitoto I always wear a thick jacket. A second skin, if you like. Just in case it rains while I’m burrowing under… um… climbing the mountain.

But as I was saying, it’s hurtful to my family. It’s particularly hard on my children, all seven hundred and eighty three of them. It’s not easy being the son or daughter of a politician at the best of times, but it’s even worse when your father is also a senior officer in the Reptilian Grand Army— I meant Prime Minister.

The claims are as laughable as they are insulting. I don’t know why some people continue to believe shapeshifting reptilians walk among us, because there’s not a shred of evidence to back up their absurd claims. None at all, because we’ve been very careful.

Um… pardon me. That was just my lunch talking. I shouldn’t have eaten that child. I mean steak. Fresh, bloody, dripping, juicy steak.

Anyway, I’ve already taken up enough of your time. But if any of your worthless apes have any questions, I’d be happy to destroy you utterly and stomp all over your broken bodies while singing great songs of victory. ZHRO PHLEGETH GEB SHUB-NIGGURATH LLOIG HASTUR NALI’HEE ORR’EYAR NNNSHUB-NIGGURATH NILGH’RI!

Which in the tongue of my people means “vote National for a brighter future.”