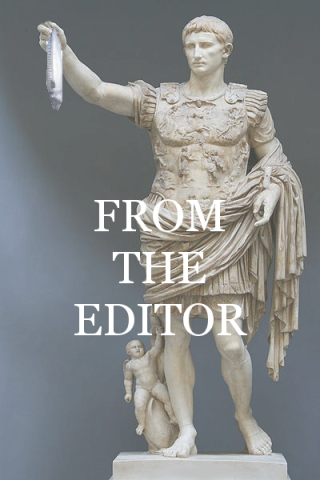 So what’s the deal with this story, Jonathan Milne? You think you know all about bloggers now?

You did only one thing right in your story: you didn’t bother to talk to any women. But everything else was wrong. Wrong! By refusing to acknowledge my existence you have given strength to my many enemies in the blogosphere. And you call yourself an impartial journalist?

Did your editor tell you not to talk to me? I bet your bosses are still smarting after I exposed the ugly truth on my blog about John Key’s links to Islamic terror groups and the Sicilian mafia. I know how your newspaper adores John Key, but did you really think I’d go away if you just ignored me?

Another person who thought they could ignore me was David Shearer. He never once mentioned me in any of his speeches, and when I met him once he pretended not to know who I was. And look how that turned out for him.

Your paymasters told you to give more publicity to my opponents in the blogosphere, didn’t they? I’m the most dangerous wrecking ball the blogosphere has ever seen, but you thought you would pretend I don’t exist. Big mistake! You think you can destroy me by simply ignoring me? Well I will use this blog to destroy you and your newspaper, just as it continues to destroy my own family.

Or your paper can do the right thing and print a full-page apology for daring to leave me out of your story. Think carefully. Do the right thing, while you still have time.

You made a big mistake when you crossed me. I know a lot of connected and powerful people, and they could make your life very difficult. I talk to David Cunliffe by phone every day, and Russel Norman regards me as his closest friend. I mentored Richie McCaw through his darkest times, after our shock World Cup exit in 2007, and I regularly give batting tips to the Black Caps skipper. Just a few days ago Brendon McCullum rang me and said “Scott, I need your help. Our team is down and out, and I just don’t see how we can save this game. Maybe it’s time for me to quit the team.”

I don’t like to boast, but Brendon McCullum’s record-breaking score of 302 was only possible because of me. Where were you when the Black Caps needed help, Jonathan Milne?

I know you don’t believe any of this. You think we bloggers are a pack of blowhards, partisans with the ethics of used-car salesmen, who will say and do anything to get noticed, and who won’t hesitate to tell blatant lies if it will aid their cause. But you’re wrong. I’m the real deal, and I’m gunning for you. How are you going to sleep at night knowing that I’m coming for you? I’m going to expose all of your lies! I will make mincemeat of your professional reputation!

Nobody has ever crossed me and come out the winner. And I mean nobody. The people who did manage it are invisible to me. Nobodies! So don’t you come at me with all your journalism and your professional standards and expect to win, because I never lose, except when I don’t win, and that’s hardly ever, apart from all those times we don’t talk about, and why do people always have to bring that past stuff up? It’s hurtful and it’s cruel.

You think Cameron Slater’s more worthy of a story than me? Me? The guy who broke the story about how the CIA murdered Sir Edmund Hillary? (It wasn’t my fault that my source turned out to be a P-addict with a long history of mental illness) The only blogger who had the courage to stake his reputation on John Key’s government collapsing after only three months in office? (I may have been wrong about that, but only because I wasn’t right).

Oh, he laughs at dead children. Is that what makes Slater so interesting? Well I laugh at children too, but I don’t wait until they’re dead. This morning I went down to my local council playground and found a little girl wearing glasses playing on the swings. “Ha ha! Four eyes! Four eyes!” I kept taunting her, until she burst into tears and her father punched me in the face. That’s an example of the lengths some people will go to in an effort to shut me down. They can’t handle my truth-telling, and so they resort to violence. I wonder if the guy who assaulted me worked for your newspaper.

Some people find me offensive and bombastic, but I make no apologies for the way I am. I’m sharp like a razor, and my blogging blade will cut you down. I’m a devil on the run, a six gun lover, a candle in the wind.

So come on, Jonathan Milne, if you think you’re hard enough. You want a war? Do you? Do you? I will destroy you!

2 thoughts on “Jonathan Milne, I will destroy you!”