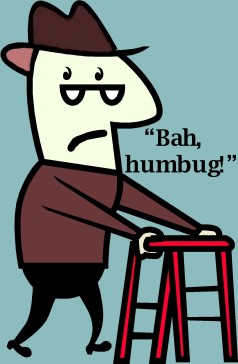 The newspapers have been going on about this Kim Dotcom fellow again. I’ve never liked the Germans much, what with all that World War Two business, and how can you respect a people whose only real achievement of note is leather trousers?

This Dotcom’s been making music, although I expect it won’t be the sort of tunes I like to listen to. I can’t abide the modern rubbish they have on the radio these days, like those Beatles and Rolling Stones. I should like to give that young Ringo a clip round the ears, let me tell you. And good luck to you if you’re thinking of buying a cassette tape of Bing Crosby’s greatest hits at your local record store. I tried once, and it ended with me taking a swing at some young hooligan behind the counter with my walking cane.

Mr Dotcom apparently held a “racist day” event during one of his recording sessions, and it seems he used the occasion to justify saying all sorts of nasty things about different people. Now he claims it was all just a joke. Well it may have been all a laugh to Kim Dotcom, but I’m disgusted and appalled that anyone in our tolerant society would think racism was some kind of joke.

Just who does this foreign chap think he is, coming over here with all his racist ways?

When I was a lad growing up I didn’t have any concept of racism. I don’t think I’d ever even heard the word “racist” until the 1970s, when those bloody troublemaking Maoris started to throw the term around like it was going out of fashion. It was hard listening to the bastards going on about how we, the white race, were oppressing them. It’s funny that I’d never heard a word spoken against us before that period. So why had our oppression suddenly become so burdensome to them? I’ll tell you what was behind it all. It was racism against the white race.

It hit me hard when I realised what I was facing. You can never really understand what it’s like to be the victim of racism until it happens to you. I remember the pain I felt when I realised some of those brown buggers didn’t like us whites very much.

I’ve never felt any feeling of superiority over people of other races or nationalities, not as a child and certainly not as an adult. That’s why the actions of this disgusting German fill me with such outrage. There’s simply no place in New Zealand society for this sort of foreign-inspired intolerance.

I’ve met a lot of foreign buggers in my time, but I’ll never let anyone say a bad word against them. Not even the Chinese, even though I shot a bunch of the bastards during the Korean War, and by God did it feel good. “That’ll teach you!” I yelled as my machine gun mowed down scores of the foreign devils during the Battle of Kapyong.

So I can legitimately claim to be a bit of an expert in matters of race. Heck, I even married a lady from the Philippines back in the 1980s, and that was solely on the strength of a magazine advertisement. So don’t anyone ever call me a racist. The marriage didn’t work out so well in the end, but it wasn’t anything to do with race. I just couldn’t stand her bloody native language, and the way she burbled on in that foreign tongue whenever she met her family members. For God’s sake, what’s wrong with English?

I despise racism and racists. That’s why we ought to send Mr Dotcom back where he came. I’ve no time for the man or his perverted Germanic ideology.

We are an open, tolerant and diverse society, which is why all this foreign nonsense has to stop. Close the borders before it’s too late!