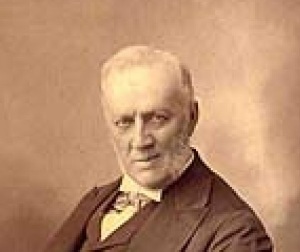 Of all the foul and abominable innovations in this so-called Age of Enlightenment, the most detestable must surely be lady parliamentarians.

Our legislature was once a respectable institution, but in recent times we have allowed tradesmen, shopkeepers and even school teachers to sit in the House. So it should hardly surprise us that the standard of parliamentary behaviour is so low.

The scandalous behaviour of some members of the House has become a national disgrace, and any civilised and well-bred gentlemen eager to serve his nation would think twice before putting his name forward for election to parliament. The place has become a sanctuary for ruffians, ne’er-do-wells and revolutionaries, and no man who values his reputation and his good name would want anything to do with it.

There is much to be said for the National Party list released over the weekend, due to the fact that, unlike the lists released recently by some other parties, it endeavours to preserve the natural order of things. However, an alarming number of gentlemen have allowed their wives to be named on the National Party list. I can only surmise that many of these ladies, should they be elected to parliament, will end up fulfilling junior roles in the next National-led administration, such as making tea, and baking scones and biscuits for the men. For why else would their names appear?

But under our Westminster parliamentary system these women will be required to do more than simply serve refreshments. Some of them will be required to speak in the House and to even answer questions. This is more than any woman should have to bear. Surely the only man entitled to ask searching questions of a woman is her husband.

By way of example, one need only observe the hapless and stumbling behaviour of our Education Minister when interrogated by her opponents. Who can understand a word spoken by this delicate and fragile lady?

We owe it to our ladies as husbands and fathers to guide them on the correct path, and to keep them from harm. But in our efforts to preserve our communities from the evils of the Papacy, liquor and the Irish, we may have relaxed our guard. We now even have the astonishing spectacle of women loudly proclaiming their right to equal representation. No, sirs! This nonsense must end at once. It behoves us as men of the world to put a stop to this lunacy forthwith, and so I urge you all to talk to your wives and make your views on this matter very clear. Do so at once, after you wife has put the children to bed and attended to her household duties, and do not be discouraged by those who would claim that the world has changed, and that our ladies deserve all the opportunities and privileges that we men enjoy. For these simple ladies know nothing of the real world and cannot begin to understand the very heavy responsibilities that come with the exercise of power. What can our ladies know of the tense political situation in Bechuanaland, or the delicate balance of power in the Balkans?

When you have made clear to your wife how things must be, you must then take up your pen and write to your National Party MP, demanding to know what madness has possessed his party. If you do not receive a satisfactory reply (and nothing short of withdrawing all ladies from the National Party list will suffice), then I urge you to take the matter up with your local communities. Write to the editor of your local newspaper, and raise the matter in your church.

This abomination cannot be allowed to stand. Women in parliament? Whatever will they come up with next? Shall we give Chinamen the vote?