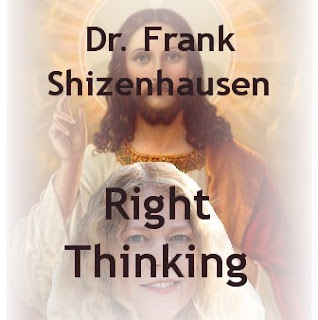 I first heard about John’s Key’s ponytail predicament on the radio. I was driving the car to work, and it was the top story in the news bulletin.

I didn’t know what to think at first. The whole thing seemed a bit queer, and I certainly don’t mean in a homosexual unnatural-lifestyle sort of way.

So I pulled over and asked my wife, who happened to be with me in the car. “You’re a woman,” I said to her. “What do you think? Is this hair-pulling business genuinely newsworthy?”

She didn’t answer me at first, so I unfolded her and made sure she was fully inflated. Still she said nothing.

That’s when I realised she had nothing to say on the subject. It was a topic unworthy of her attentions. She helped me see that at best this is a non-story. At worst it is a vicious smear by the left.

I have had enough of this stroppy waitress and her ponytail. Or should that be phoney tale? Who does she think she is, destroying the reputation of a decent man just because he has wandering hands?

I can’t for the life of me see what the PM did wrong. What was he supposed to do as this waitress flaunted her luxuriant mane? This is nothing more than entrapment. If you want to know who the real victim is, let me give you a clue. It’s not the waitress.

There has been too much victim-blaming as a result of this story, and it has to stop. People who should know better have been far too quick to point the finger. Hasn’t John Key suffered enough?

His reputation is in tatters and he is now the laughing stock of the entire world. But why? Because he likes to touch hair? Because he likes to lay his hands upon the people? Seriously? Well why shouldn’t he? John Key is a man of the people, just as Jesus Christ was, and I’m fairly sure no-one ever complained about the Messiah’s healing hands.

Why shouldn’t our hardworking PM be able to have a good grab every now and then? What would be the point of having all that power if the rule was always “look but don’t touch”?

We’re just lucky John Key hasn’t thrown in the towel over this. Imagine if we lost the best PM this country has ever had, and all because of something he did to a person who isn’t even slightly important. She probably doesn’t even live in Parnell.

Tell me this. What the heck is wrong with a little bit of human contact every now and then? Everything, it seems. This sorry saga reveals a huge amount about today’s nanny-state society, but what it reveals should frighten every right-thinking person. Because it seems now that the laying of hands on another person is be regarded as a criminal assault.

So that’s that. We may as well give up, because the barbarians have won. The progressives have all but destroyed the concept of the family unit, but this will surely finish it off, because we soon won’t be able to even touch our own children without being sent to jail. We won’t even be able to feed them. And how will nappies be changed? The real losers in this waitress’ selfish and vindictive campaign will be our beloved and innocent babies.

And what about doctors? How will you have that life-saving operation if your surgeon isn’t even allowed to touch your body?

We are now living in a world where every form of human interaction is soon to be criminalised. It’s getting so that I can’t even shove a wheelchair-bound person down a flight of stairs anymore.

Let’s not forget that this waitress had a choice. She chose to grow hair. If this woman didn’t want her hair pulled, why didn’t she shave her head? Why has no-one in the media asked her that simple question?

The complainant chose to come to work. She chose to live in a country in which a hair-grabber lived. She could have lived in Saudi Arabia and had her head entirely covered, and not been allowed to work around men, or drive, or have an opinion of any sort. She made bad choices, and now she wants someone else to pay the price.

Everyone has a choice. She had a choice, and so do I. I choose to ignore the complaints of this woman, because the good work John Key has been doing is more important than the rights of some nobody who works in a café.

When I was growing up hair-pulling was just one of the things you did or had done to you. It was no big deal. You would go down to the local mall after school with your mates, pull a bit of hair, demand money with menaces, and promise to smash their kneecaps in if they were late in paying. But we never did anyone any serious harm, so long as they coughed up. If I can’t now pull the hair of people without fear of criminal prosecution, then it is going to get a lot harder to enforce my numerous protection rackets. It will mean increased costs. Costs I will have no choice but to pass on to my customers, and these are customers who already aren’t too pleased to see my face. It’s bad for business.

I don’t have too much hair on my head these days, because years of worrying about the takeover of our society by the haters on the left have left me a bit thin on top. Still, if John Key were to sidle up to me and give my few remaining hairs a good tug, I wouldn’t be at all offended. I’d be flattered, in fact. Indeed, so ardent would be my desire to please this great man that I would invite him to fondle such areas of my body as might please him, allowing him to take away his cares for just a short while.

I’m not even remotely interested in doing anything sexual with other men, and frankly the idea of engaging in abhorrent and unnatural homosexual acts disgusts me. But I know my duty. If John Key kissed me on the lips and invited me back to his Parnell home to enjoy a hearty romp in his bed, followed by a special screening of Sleepless in Seattle, I wouldn’t hesitate for even a moment. In fact I would be honoured to be of service to my country. I really would. Please give me a call, Mr Key. I’m free whenever you need me.

One thought on “Right Thinking: Ponytail or phoney tale?”